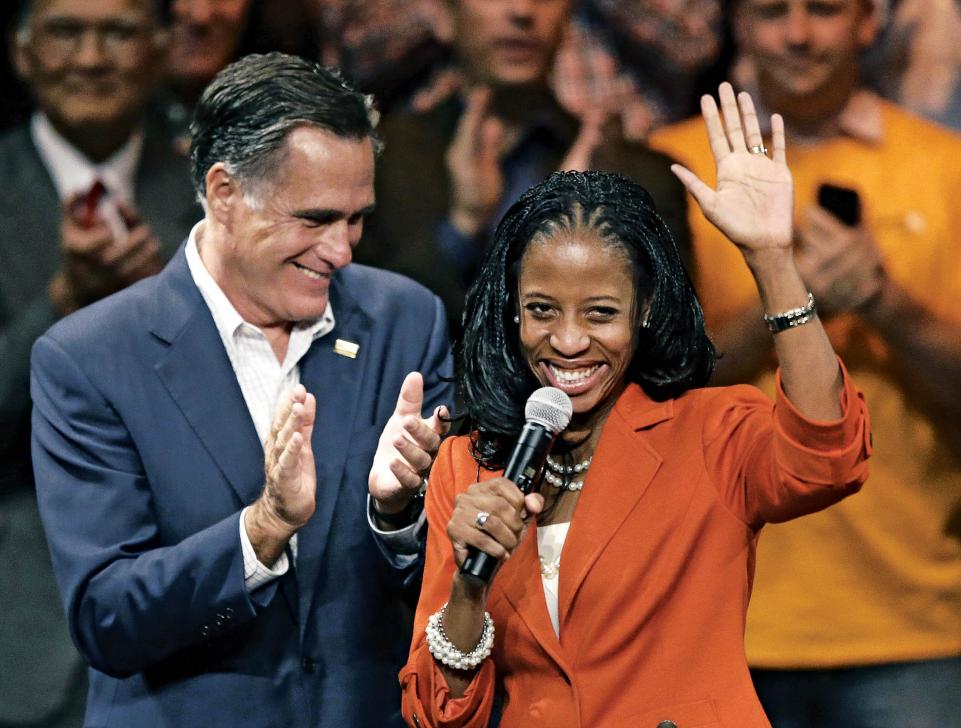 In the state of Utah, Republicans bent over backward to get Mia Love elected to the US Congress.  Utah, a state that is dominated by Mormons wanted to show the world that their views on race had changed. Only 40 years ago, the LDS church banned African Americans and called blacks the Cain of the Bible’s Cain and Abel.  In the Mormon’s world, blacks were evil. In order to make a Mormon president more palatable to the population, they elevated Mia Love as a symbol of their new and inclusive Utah Republicanism. So, in many respects, Mia Love’s position as a US Congresswoman is simply a political plug. Mitt Romney aligns himself with the Bush dynasty and hates Trump because he is the president. A position, Romney was denied after a decade dominating the Republican scene via his wealth.

As a former C-141C Flight Engineer in the Air Force and Airforce Reserves, I have flown 1.7 million miles in support of our national interest.  In the military, we have names for the different locations in the 3rd world. For instance, the Muslim dominated  Middle East is called the “Sandbox Shithole!”. Parts of South America are called “The South American shithole!” Then there is the African continent shithole.  The term shithole is not a racist comment. It is simply a fact.  A fact that millions of our men in women in uniform understand fully. Many third world countries are extremely filthy, ridden with violent crime, and an epidemic of women rapings.  Moreover, the governments are extremely corrupt with zero respect for environmentalism.

In Tijuana, tourists are constantly stopped by Mexican police officers who demand cash or offer a trip to jail. The streets are dirty and the air is polluted. Many Americans consider many Mexican border towns as simply shitholes dominated by crime and violent drug cartels. Other cities and Christian enclaves in Mexico adhere to “cleanliness is next to godliness” and take pride in their communities.  Their citizens are non-violent hard working people that only seek to work and raise healthy, strong and loving families.

If one goes to a dirty filthy white methhead’s house and then calls it a “pigsty,” it is not considered a racist statement. We could call them por white trash and it would not be considered a racist comment. If, however, in Mia Love’s world, if the dirty filthy drug addict is Black or Hispanic,  the term “pigsty”  or “shithole” then becomes a racist comment?  Mia Love stating that Donald Trump made a racist statement about Haiti is a non-sequitur conclusion based on zero premises. The phrase, “she keeps a dirty house!” is a statement. The phrase “Haiti is a pigsty or shithole, is a statement.”

If I was told that Los Angeles was a “shithole,” being from beautiful Washington State, I would agree totally.  Not because it is dirty, but because it is a massive stuffy city with heinous traffic problems.

Only a fraction of a percent of Americans fly to the far reaches of the world. Many Americans, have to live within their means and might not go passed the state line. Many in the poverty-stricken Democratic Socialist shitholes here in America, never leave the city limits. In addition, they can be easily manipulated via liberal yellow press propaganda because they shit on education and a greater awareness of the world around them. They seek to maintain their bubble of isolation and alienation.

Utah’s Mia Love has adopted the Democratic Socialist’s penchant for labeling Republicans racist. Even when there are zero premises to support any type of conclusion other than that Trump was stating a fact.  Yes, boys and girls, Haiti is a shithole. The folks there simply throw garbage on the streets and will not lift a finger to better their environment. Here in America, we pick up our trash, and won’t allow open sewers. In lieu of a shithole behind a cardboard box hut, we demand plumbing, clean water, and clean streets.

If Mia Love can come to a non-sequitur conclusion that Donald Trump made a racist statement when he simply stated a fact, then well, she does not have the logic and critical thinking skills to be a Congresswoman. In fact, she is a stupid woman who kowtows to the “liberal yellow press shithole” for the free press. This would be considered a logical assessment based on fact without regard to race.

Lastly, it is quite absurd and amusing that a Republican  African American Congresswoman from Mormon dominated Utah would call a Republican president a racist via the liberal yellow press based on a non-racist comment. That deserves a WTF? I wonder if the Clinton Foundation called Haiti a dump when they used Haiti donations for their own political purposes?

Mia Love should go have lunch with Oprah.