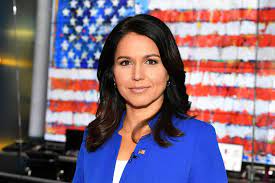 Joe Biden’s pol numbers are on a ventilator. But this time, no amount of lying or plagiarizing is going to mend his reputation. In fact, Joe Biden overdozed on liberal left gibberish and fried his brain.

You can keep your doctor

Health care costs will go down

I wasnt involved with the surveilance of Donald Trump

I didnt take money from the CCP

I didnt take money from Russia

I didnt take money from the Ukraine

January 6th was as bad as Pearl Harbor.

Let them loot burn and murder because America is racist

It is racist to call the Wuhan virus the Wuhan Virus

I will cure cancer

Lets open the border and let in millions

Lets pull out of Iraq and let ISIS takeover

Just the pay to play politics in the Ukraine and how Biden is handling the border deserves impeachment.

But the latest thing Biden has done takes the cake.

Biden says that you are a racists if you do not support the government takeover of elections.

Ok thats a take, and we are now done with Biden

95% of people that have served in the military think alot like Tulsi Gabbard.

Biden promised to unite our country. Instead he betrayed us, pouring fuel on the fire of divisiveness, tearing our country apart. Biden compares those who disagree with him to racists, traitors & enemies, & has his AG target Americans as domestic terrorists. Unfit to lead. pic.twitter.com/zeYBRv0bMB