Before the C-17 or Bush Doctrine Mobile became the mainstay of the Air Mobility Command, the C-141 was the workhorse.  USAF and AFRES aircrews would support the DOD airlift requirements across the globe. When the C-141 was in service, the augmented crew duty day was used sparingly to avoid aircrew burnout. The normal aircrew duty day was 16 hours. An augmented crew duty day was 24 or 26 during wartime. This means that an aircrew had to work 24 hours straight. The in-flight crew rest was supposed to be enough to sustain the aircrews so they could operate the aircraft safely.

During the days of MAC, or Military Airlift Command, units that flew the C-141 could retain crews because they were not abused. This would change when MAC was changed to AMC and the C-17 was introduced. Training sorties became long affairs that included an air refueling and an airdrop. Missions to the European theater and the East were always fragged as augmented. Just a trip from March AFB in California to Germany would be completed in one day. So, an aircrew would work up to 18 hours straight depending on wind and maintenance issues. The crew would then be given 15 hours ground time and then sent to Afghanistan and back in one day.  The trip from Ramstein Air Base Germany to Afghanistan and back might encompass 24 hours. Hence, by the end of a 3 day period, a C-17 crew might work an entire week and cross a dozen time zones. In reality, the C-17 crews were basically tortured until they quit.

Now, the C-17 crews fly from California direct to Japan via Anchorage or Honolulu.

Today, the Airforce is seeing a massive pilot shortage because the Air Force basically tortures the aviator with long crew duty days. All the older dudes simply leave after they have had enough. This has led to pilot shortages and even more burnout as the remaining low time pilots have to take up the slack.

Lastly, the Bush/Obama ops tempo burned out thousands and thousands of aviators who otherwise would have stayed until their late 50s.  Instead, they leave and take utter hundreds of thousands of flying hours of experience with them. They are then replaced with low time guys and a massive training budget.

Eliminating the need to support South Korea and Afghanistan with the C-17 at $100,000 a sortie would save the Air Force millions upon millions in operations and maintenance costs. Lowering Ops tempo would also entice C-17 aviators to stay and replenish the experience level.

As it is, Bush and Obama flew the USAF aviator into the ground. I mean, Ol Bush junior never showed up to fly at his Vietnam avoidance Texas Air Guard unit and then he tortures USAF aviators with thousands of hours of augmented crew duty days to and from the Arab third world sandbox shithole.

Trump has to lower ops tempo so the Air Force can reconstitute the aviator corps.

If Trump does not believe me, let him fly a sortie from March to South Korea on an augmented USAFRES crew. I dare him. Scratch that. Send one of your cabinet members on a trip to South Korea or Afghanistan. Let them spend 7 days on a AMC aircrew and see how they like it!!!!! 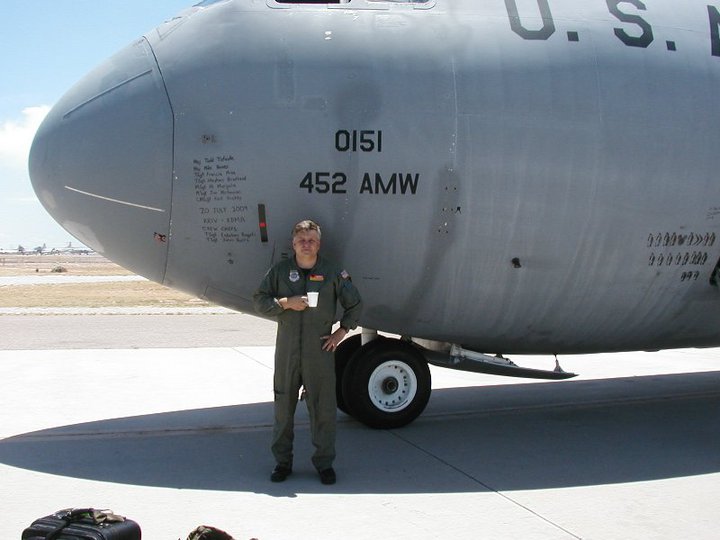