My wife and I have been staying in Pahrump for several weeks while managing her folks estate. Jack and Joy lived to be 91 years old. Jack was an LST diesel mechanic in the Navy during WWII and served in the Mediterranean theater.  Joy was a southern bell from Charlotte North Carolina.  They would meet on the beaches of Norfolk, Virginia when Jack returned after Germany’s surrender. They would soon marry. Jack would use the GI bill to earn a degree in agricultural engineering at the U of A with a focus on irrigation. His first job after college was at the Oregon college where he performed soil and water surveys for the upper Kalamath. After that, he owned two successful farms in Tacna, Arizona growing cotton. His last farm would border the Gila river and have Colorado river water rights.

Jack and Joy would sell the farm and then move to Pahrump, Nevada. There they would live on 3 acres of land. Instead of cutting and burning the Mesquite trees, they would cut very few down. The ones they did cut down would be stacked for the birds. When they were alive, they would runa little water and sprinkle the ground with bird seed. Soon the Mesquite piles were full of quail. Then whenever they would say “come and get it”, dozens and dozens of quail would emerge from the mesquite and come running.

Today, there are only a few quail left. In the mornings, every manner of bird can be heard singing at the Mesquite treetops. In fact, there are countless species of birds that transition the property. Every morning, my wife and I wake up to a chorus of birds singing to their hearts content. We think Joy was reincarnated as a Mockingbird. She shows up everyday to sing and chatter.

This place is for the birds 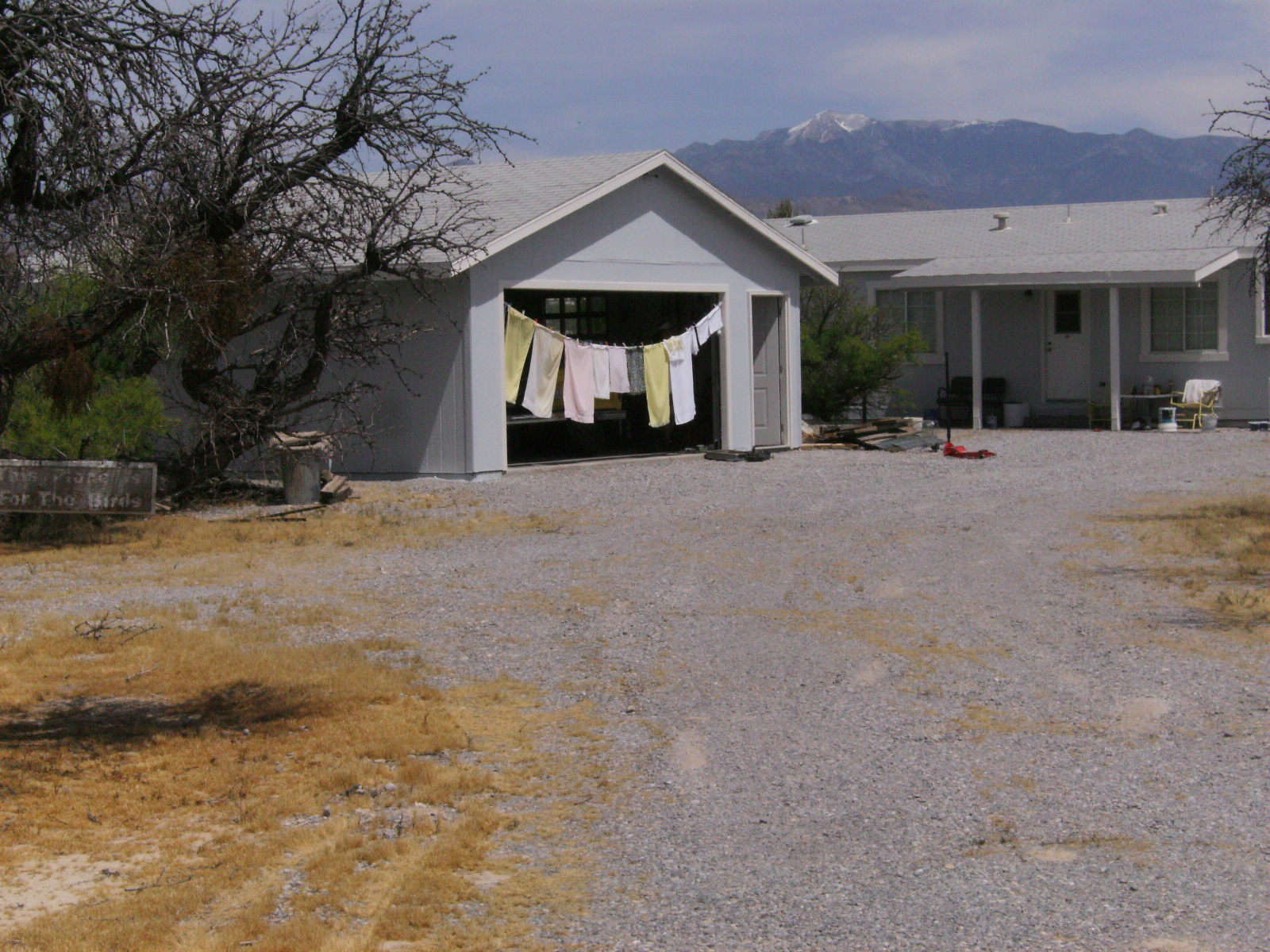