The Democrats never let other people’s tragedies go to waste as long as they can blame Republicans. This ” no tragedy must go to waste” was the hallmark of the Obama administration dating to 2008.  Howard Dean also labeled the Republican party the old white racist party.  If however, one voted for Obama, one was then considered reformed and cleansed of all racist sin.

Under the social rules of the Obama era, John McCain would have been considered the Grand Wizard racist of the Republican party. After all, he ran against Barack Hussein Obama. I mean anyone that voted for John McCain in 2008 was automatically labeled a racist. Of course, now that he is gone, the Democrats are seeking to exploit McCain’s death. First, they call him the racist’s choice and then they seek to exploit his death for political gain before he is even removed from his deathbed?

John McCain is not even in the ground yet and Senator Dick Durbin is exploiting his tragic death for biased and revisionist political fodder. What class!!!!   He wants us to forget that his party labeled anyone that voted for McCain a racist. Now he and his unhinged stupid party is exploiting John McCain to attack Donald Trump? Oh my word!!!

While Donald Trump would have been better off saying nothing about John McCain’s POW-hero status,  Trump’s comments were more about putting an end to the neocon perpetual war orgy than insulting John McCain’s POW status.  What Trump was saying that under his watch, he did not want any American POWs. However, Dick Durbin wants everyone to think that Trump truly insulted John McCain. With his words, he then seeks to turn veterans against Donald Trump. Sorry, but this is not going to happen. On another note, John McCain voted against the new GI Bill.  He was willing to send our 18-year-olds door to door in Fallujah, but felt that a WWII style GI Bill was too expensive?

It is such a catch 22. Durbin insinuated that all Republicans are racist which made John McCain one of the supreme leaders of the old white racist Republican party. Now Durbin wants to use John McCain’s death to attack  Donald Trump?

Like it or not, John McCain became a perpetual war supporting neo-con, and never saw a war of choice or police action he did not like. Same with Lindsey Graham. Previously, John McCain wanted to remove Marines from Beruit and was anti-war.  He later became a pathological hardcore neocon. McCain’s total support of perpetual war is in stark contrast to Donald Trump’s anti-neo-con positions. Oh boy, It seems that Obama was once an anti-war advocate only to come out of the neo-con closet when he was elected. Obama would become part of a deep state, while John McCain sought to stifle conservatives in addition to elevating the Steele Dossier. Durbin and Reid bad mouthed Iraq for a decade before Obama became president. We then got Geedub on steroids. Obama would go on to spend more on war than any other president in history.  The biggest political bait and switch ever. With Trump, we get what we paid for. Of course, Durbin finds it more valuable to label those that voted for Trump as racist and forgoes the acknowledgment of the lowest unemployment rates in history among the minority demographic. So, in essence, Durbin and his anti-American stupid party applies and revokes the racist label as they see fit for political gain.

I respect John McCain’s service to the country.  I personally did not like his waffling politics and constant changes in position.   I did not like his penchant for war and his devotion to the military industrial complex or running up the deficits on our children. Unlike Durbin, McCain finally stood for secure borders when he was forced to in 2007. He then chose dingbat Sarah Palin and the liberal yellow press skewered her.

McCain was all about maintaining our US sovereignty.  McCain was a true patriot that knew where to draw the line. Durbin, on the other hand, is part of the Democrat stupid party.  The anti-American party that hides behind racist labeling, fake news, outright lies, division, and the lying and conniving liberal yellow press Anyways, I find it insulting that a no account liberal idiot like old Dick here would use John McCain’s death to attack Donald Trump. Then again, whenever the revisionist liberal baboon opens his mouth, the diatribe is either insulting or the gibberish of a revisionist libtard fool.

Lastly, while I respect John McCain’s war record, and voted for him in 2008, I pinched my nose doing so. I respect John McCain the patriot, but his political discipline was all over the spectrum. Even then, however, our reality will not be the same without “The Maverick”! The dude was a good man and devoted his entire life to the country. May he rest in peace. We must thank him for his service. We will remember him fondly because he was part of our lives for 81 good years.

Durbin, you are an asshole.

You and Schumer should just resign for the good of the country. You have zero class.

.@SenatorDurbin talks about @realDonaldTrump ’s previous criticisms about @SenJohnMcCain : When he disrespected John McCain and the other prisoners of war, it was a moment I'll never forget. And John handled it with such class. pic.twitter.com/jF7sElpy4l 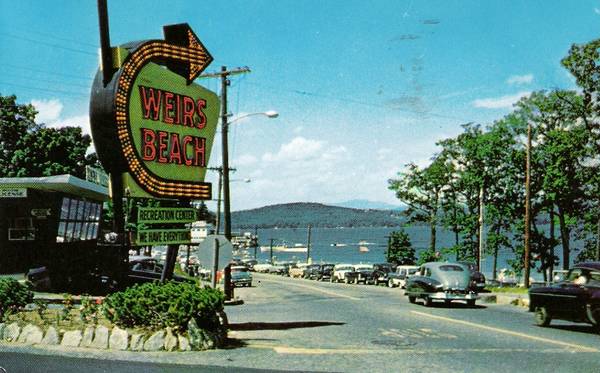