Fools are capable of  very little empathy. They see things through their own kaleidoscope of self-limitation. Today thanks to an obsolete higher education system, America is plagued with college graduates that cannot get a job. Employers are no longer willing to pay a good wage for an Arts and Sciences degree. Providing free college tuition would devalue the college degree even more.

Americans have been conditioned into thinking a college degree is better than a vocational education degree. Instead of being taught a skill that is immediately employable, all most all universities teach gibberish degrees and  lower academic standards just to keep students enrolled. Then they charge an arm and a leg for tuition. In order to pay for outlandish tuition costs, students amass debt.

After 4 years of college, many students are drowning in student loan debt. When they are no longer in college and cannot get a job, their student loans go into default. The default destroys credit ratings and puts the fresh graduate at a distinct disadvantage.

When universities lower standards and offer easy degrees, they are doing a disservice to our children, the economy, and industry. The collective effect is a labor pool with almost zero real job skills. In addition, massive student loan debt removes utter billions in the multiplier effect  and stagnates economy. In reality,  the university system sucks cash fuel from the economy. This suppresses job creation and starves small business in the private sector. Then when we add in oppressive Federal and state taxation, our younger generation is being effectively muted from realizing the American dream. So much so, that many are calling themselves socialists. What they do not realize is that socialism creates, even more, stagnation. less multiplier effect, and fewer jobs. In fact, socialism in Europe basically doubles unemployment figures when compared to the US. When I was an Air Force Flight Engineer I visited copious cities in Germany.  The job situation was so bad that a candidate for a dishwashing job shows up in a suit and resume.

Innovation fuels economy. While we are seeing more and more innovation within the Information age, it has basically matured. The efficiencies that were created have destroyed millions of old technology jobs.  The internet has destroyed the phonebook, magazines, newspapers, the photograph industry, and dozens of other old technology jobs. Just like there was a lull in the economy after the railroad age, we are seeing the same effects from a mature information age. We can lumber along or we can engage this country in another innovation economy.

As an example, Adolf Hitler created economy when he abandoned the treaty of Versailles and started armaments production.  Germany would build a highly mechanized Army and Air Force based on new technology. These new technologies put millions to work and grew the German economy out of the stagnation of the Weimar Republic.

Now the Germans are embracing alternative energy.  “Achtung Panzer” has evolved into “Achtung solar panels! Germans have shut down dirty nuclear plants and traded them for rooftop solar systems. LED lighting and grid tie inverter systems.  Faced with gasoline costs at $10 a gallon, Germans are shunning fossil fuel for lithium Ion battery powered cars that are charged via free energy from the sun.  “Unlike reactionary NeoconRepublicans who only support the fossil fuel industry, Germans are enjoying an “Alternative energy age”  that fuels employment. Once energy independence is achieved, Germans will have more disposable income.  The result will be even more economy.

Today, our college graduates are paying massive student loan reparations to an obsolete education system. In addition, reactionary politicians like Mitt Romney are holding back Utah’s economy by standing in the way of progress.  Instead of supporting residential solar infrastructure in the sunny state of Utah, Romney regurgitates special interest dogma. His positions are obsolete. Of course, the perpetual oil war Neocon Republicans are also obsolete.

In the State of Nevada, new Republican visionaries like Nevada Governor Brian Sandoval are embracing alternative energy. He along with a very proactive legislature are changing the way Nevada’s education system does business.  Nevada Republicans are attracting new technology companies because of their stable state tax structure along with incentives. In order to support these innovative businesses, the Nevada education is partnering with the private sector and creating appropriate education curriculum.  Community colleges all across Nevada are creating curriculums that support solar power, battery technology, and UAV drone technology. The students are then employed immediately with very little debt. Nevada Governor Brian Sandoval’s lead by example demeanor and involvement in the education system has resulted in an 11% increase in Hispanic high school graduation rates.   Additionally, Nevada has rebounded from the worst unemployment rates in the country. Today, Reno Nevada has ranked ahead of Boulder, Colorado as a place to do business. Sandoval seeks to empower kids with English learning and vocational skills.  He understands that the future of Nevada depends on an educated workforce with appropriate skill sets.

America is ready for an “Alternative Energy Age.” We are ready to employ millions of youngsters. We are ready for an innovation economy that will last for the next 30 years. We must force the higher education system into creating a curriculum that supports alternative energy technology. Instead of worthless degrees that create massive debt, how about a technology degree that is employable immediately? 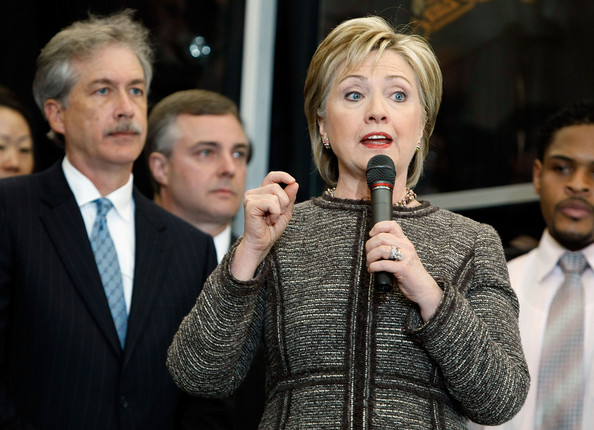