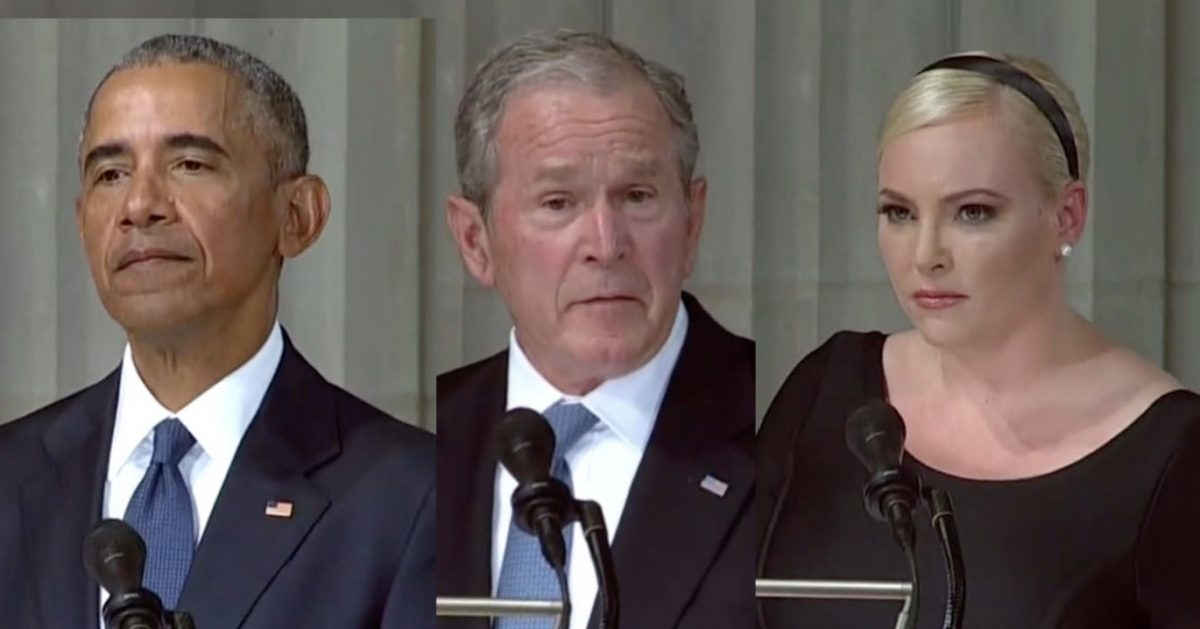 Many of us thought that  “not letting tragedies go to waste” was strictly a  phenomenon of the Obama era and the behavior of Democrats and the liberal yellow press. Apparently, that is not the case anymore. Apparently,  even Republicans like Meghan McCain exploit their personal tragedies to bash other Republicans. In fact, Meghan McCain exploited her own father’s death to bash the sitting president of the United States of America.  A first in our modern history. Then George W. Bush, the fella that engaged this country in 17 years of war, and collapsed the American economy added his version of gibberish. Of course, not to be outdone, Barack Obama, interjected some revisionist bizarro diatribe and outright lies to the somber event.  We could see a hybrid reforming of George Bush and Barack Obama’s political party into the “liberal neo-con idiot party ” as Donald Trump played a round of golf. Even the “Winter Soldier”  John Kerry sought to kick-start another  2020 presidential bid and pivot from John McCain’s death. Meanwhile, Bush and Obama’s Middle East is in ruin, and Trump’s GDP growth is at 4.5%.  On a good note, Meghan McCain, George “Patriot Act” Bush, and Benghazi Obama stopped short of blaming Trump for Vietnam.  They did, however, make divisive and exploitive self-serving fools of themselves on national TV. They collectively turned what should have been a straightforward eulogy into political theater. Wow!

The setting was more like a group of  “has been” and jilted neocon warmongers paying tribute to ultimately another neocon warmonger. Two of the worst presidents in US history showing their true colors and adapting their version of lies and political exploitation for all of us to ponder.

I do not think that John McCain wanted to go out this way. John McCain fancied himself a politician that could reach across the aisle. Going out under a tone that seeks to perpetuate disunity was not part of the McCain game plan.  Meghan McCain, on the other hand, seems to be a deep state partisan hack that basically shit on the 60 plus million people who voted for Donald Trump. She is not about reaching across the aisle but more about facilitating hatred. Apparently, she learned nothing from her father, unless of course, the behavior was taught in the home.

Bush and Obama knew better, however they bashed a current president anyway. George “Patriot Act” Bush basically soured further the already curdled Bush legacy. In addition, he alienated himself from the Republican party for good. As far as Obama, last week he was in South Africa paying tribute to Mandela as white South African farmers are being murdered and their land taken away because they are white. Even then, Trump was ridiculed as a bigot, racist, and swaggering despot. Lies from tyrants that spent $6 trillion on perpetual war and slipped the bill to our children.

This is as bad as it gets.

Donald Trump was legally elected and inherited a deep state swamp that has absconded our Bill of Rights. He inherited a Federal government whose departments feel they are on equal footing with the Congress, Senate, and Executive. Illegal behavior that was seeded, watered and cultivated under Bush and Obama.

Meghan is right in some respects. America itself was always great. However, the deep state cronies and political elite that attended John McCain’s funeral dragged our country through the gutters of perpetual war and turned their version of America into a surveillance police state. Do not even suggest that Bush and Obama occupy the moral high ground. Under their watch, America has become more of a swaggering despotism than in any time in our history save Roosevelt’s Japanese concentration camps.

In summation, Meghan McCain cheapened her father’s legacy by exploiting his death to engage in and display her aggressive form of deep state Trump derangement syndrome. It is such a  “Catch 22″ that she tailored her words to direct hate while paying homage and doing monkey cartwheels in front of a bunch of neo-con ass kissers.  I mean, from the Hanoi Hilton to doing cartwheels in front of a  bunch of deep state neo-con ass kissers and the liberal yellow press. How heinous and insulting. What a blatant catch 22 that revises realities. laughable.

John McCain came back from Vietnam when our Bill of Rights was still intact.

While our soldiers were fighting and dying for the rights of ungrateful Muslims 10,000 miles away, Bush and the deep state were absconding their Bill of Rights and turning America into a deep state surveillance police state. Obama then doubled down on all things Bush and lied to our faces. Today, Donald Trump has inherited an extremely corrupt Federal government that engages in illegal behavior at the drop of a hat.

Donald Trump will honor John McCain, the patriot, after the midterms when he cleans up the FBI, NSA, CIA and the Bush Obama DOJ bullshit. In fact, he must do this because our form of government as envisioned by ” the Founders” is in the balance.

Sorry, but I will stick with Trump. He does not suffer from “deep state Stockholm syndrome”. He will change Washington DC and not do petty non-value adding monkey cartwheels for the liberal yellow press and ass kissing neo-con morons.  In fact, the behavior gave aid and comfort to the lying and conniving liberal yellow press.

In the final analysis, we respect John McCain’s duty to the country during Vietnam. Our hearts go out to the McCain family as well. However, his political discipline was all over the board. Ultimately, he evolved from the Beruit barracks to supporting interventionist wars and inept foreign policy positions from Georgia to Libya. He was the deep state’s go-to guy and lead cheerleader for wars of choice. That is simply a fact. From POW to supporting the neo-con’s shopping for wars obsession with Lindsey Graham by his side.

But then again, Bush and Obama used the symbol of 911 to abscond our Bill of Rights, create a surveillance state,  and lie to our faces. In their world, the law only applies to conservative Republicans while neo-cons and Democrats get a free ride. This is called deep state tyranny.

The deep state and the liberal yellow press are now using the symbol of John McCain to bash Donald Trump and the 70 million people who support him.

This is just wrong!

How dare you bash president Trump at John McCain’s funeral.

It is sad, but the deep state and the liberal yellow press will turn John McCain’s death into a partisan hack freak show that avoids reality….

Meghan McCain says her dad represents "American greatness, the real thing, not cheap rhetoric from men who will never come near the sacrifice he gave so willingly, nor the opportunistic appropriation of those who lived lives of comfort and privilege while he suffered and served" pic.twitter.com/LDcRk3vfQj 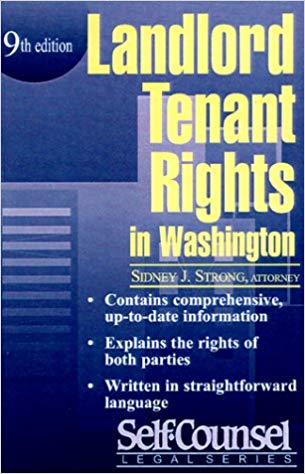