In an attempt to endear himself with the Hispanic voter, Jeb Bush did a video in Spanish about Cinco De Mayo.

The video is quite revealing. As we recall, under George Walker Bush’s leadership, the US economy collapsed and America’s unemployment rate soared. Even today, the real unemployment rate is horrendous and misrepresented.

In the video below,  by doing a video at an American business warehouse, Jeb Bush insinuates that if Hispanics vote for him, illegal immigrants will get a job driving a forklift in America. The video also pays tribute to George Herbert Walker Bush’s support of NAFTA. As Ross Perot put it, NAFTA created a “giant sucking sound” as jobs went to Mexico.  In fact, NAFTA did suck away millions of jobs. Just look at Detroit.

George Walker Bush created the highest unemployment rate since the 1930s and Jeb Bush is dangling amnesty and a job at an American factory for illegal immigrants? Jeb Bush suggests that he supports free trade, open borders and amnesty for illegals. These are the Bush/Rove terms of endearment.

Next, Jeb Bush states that Americans celebrate Cinco De Mayo in a historical perspective. Many people do not know of the French occupation of Mexico or the battle that took place on May 5th 1862  between French and Mexican forces. Most Americans understand Cinco De Mayo to mean copious Mexican beer, salsa, burritos and tortilla chips at a Gringo food Mexican chain restaurant. Cinco De Mayo is synonmous with fiesta and siesta, and that is about it.

Many Americans view the Mexican government as corrupt. Many Americans understand that the Mexican government supports and encourages illegal immigration.  Mexico benefited from NAFTA and took away millions of American jobs.  Then there are the drug cartels and coyotes. We must also consider how Mexico treats illegal immigrants from the South America.  In the scheme of things Mexico is not a good neighbor.

The Bush dynasty depends heavily on Texas and their lineage to Franklin Pierce. Given that Pierce fought in Mexico for manifest destiny and the liberation of parts of Texas, Jeb Bush is banned from evoking the Franklin Pierce or  Texas card, given his positions and support of the Re-Conquista.

Jeb Bush does not believe in manifest destiny, border security or US sovereignty and is willing to dangle amnesty for 12 million illegals for the Hispanic vote?  This is treasonous. Perhaps, Jeb Bush does not deserve the vote of the legal American citizens that inhabit California, Nevada, Arizona, New Mexico, Wyoming and Colorado.  If he loves Mexico so much, he should move there and run for president. He might have a better chance in Mexico. For the most part , Americans do not care what Bush has to say in any language except “adios!” 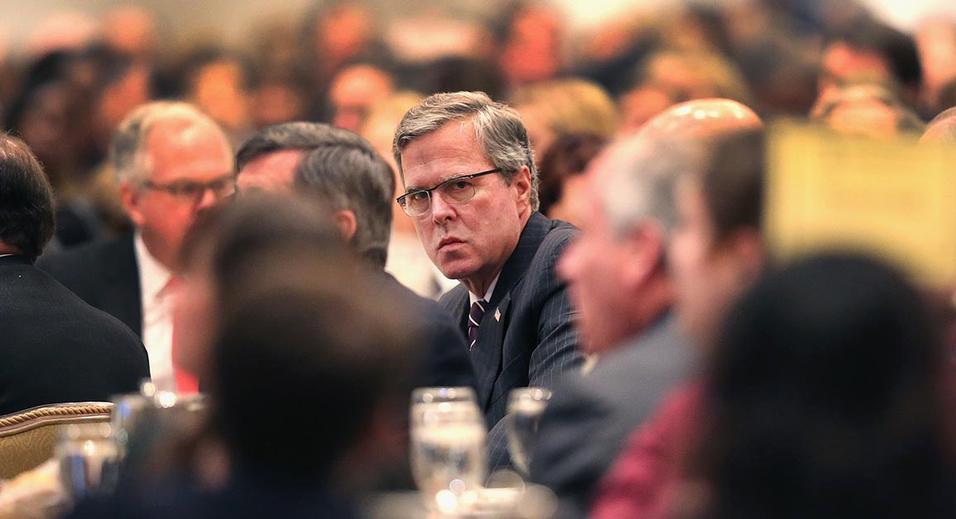