The latest and greatest Democratic Socialist polls have Sleepy/Creepy Joe Biden in the lead with Pocahontas in second place. It seems that Bernie Socialist’s appeal is waning because he pays minimum wage. Of course, Kamala Harris gained 100 delegates by calling Joe Biden a racist. Today, Democrats play the racist labeling card at the drop of a hat. To them, race baiting is more important than defending the 4th Amendment.

It was Barack Obama who built the so-called cages for illegals. It seems that illegals have more right to life on American soil than the beating hearts of the legal innocent unborn. A few ” rent a child” illegals in an air conditioned building are more important than the slaughter of 650,000 unborn babies a year. A few thousand children without a tooth brush for a few days takes precedence over a 9 month old attempting to pass the walls of the vagina. One gets media coverage, and the other gets a syringe full of poison to the brain.

My German Grandfather spent several months at Dachau concentration camp. He was a conservative senator in the Wiemar Republic. He would not take the oath to Hitler. The Nazi party took away his farm . My mother would live in Nuremberg close to Dachau and see the smoke from the stacks.

Pete Buttigeig went from 2 delegates to zero. Seems that the Democratic Socialist delegates will pay lip service to supporting a homosexual for president for political donation streams, but that is about it.

Speaking of “less than Zero,” Jay Inslee is basically broke. He has been given a massive wave of free press only to come up with nothing. It seems that the media does not take him seriously and keeps him around for laughs.

Jay Inslee thinks he will be saved by zero. The delegate fix is in. It is highlighted in environmentalist green. 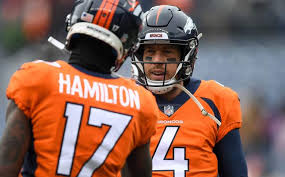