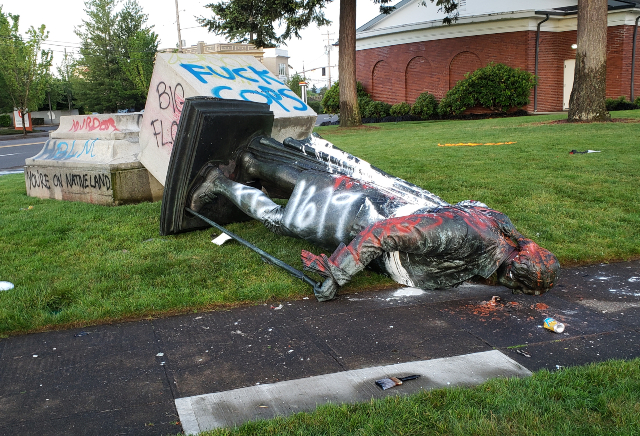 The behavior of the most radical aspects of the BLM and Antifa share similarities to ISIS in Iraq and the Nazi party of the Third Reich. These organizations are now so violent and anti-white establishment that they are attacking the symbols of the Founders.

ISIS in Iraq sought to destroy Iraq’s history and artifacts and replace it with radical fundamentalism. The Nazi party in Germany sought to destroy all Jewish authored books, and Jewish business. Not only did the Nazi party want to eradicate the Jew, they wanted to eliminate Jewish history in Europe.  The Jew and their children were not even privy to a grave stone and proper burial. The only thing left of their history would be ashes, gold cavity fillings, clothes and old leather shoes.

After the surrender of the German 6th Army at Stalingrad, Hitler’s  “Final Solution ” accelerated. As Germany conducted a fighting withdrawal from Soviet territory, Heinrich Himmler  and the German SS focused on the acceleration of  the wholesale genocide of the Jew in Europe. With each loss in battle, the  pace and scope of the  “Final Solution” would quicken.

In America, the liberal left now wants to destroy the symbols of our own history. The free press has become the liberal yellow press and propaganda.  Big tech companies engage in the suppression of digital free speech and the 1st Amendment. Big tech believes in a centralized economy that destroys small business.  Commerce should only be conducted by massive internet warehouses.

democrats love their “2 minutes of hate”  so they can destroy small business for Big Brother.

Today, radical BLM and Antifa activists have so much contempt for the republic that they want to destroy all symbols of history and establish their own politically correct version of history. Soon if unchecked, the liberal dominated school system will follow suit. Instead of passing test scores on reading, writing and arithmetic,  the K-12 system will focus on LGBT , and political indoctrination, and historical revisionist history.

The liberal left wants to fundamentally change US history and it’s political construct.  The objectives have gone beyond George Floyd and equality. The liberal left now wants to destroy everything Americana and replace it with their power construct.

The foundation of racial harmony is via strong families headed by the father figure and the rights of the individual.

If Joe Biden and the Democratic party gain control of the Executive, House and Senate, our Republic will be fundamentally changed. They will embark on a historical cleansing. Our historical figures will all have to be politically correct.  This is quite Orwellian when history and truth are replaced with  revisionist history that suits the mob.

The Democrats already support the elimination of the police and a lawless landscape.  The liberal yellow press propaganda ministers can then talk radicals into behavior that emulates  the violence and methods of Nazi Brown shirts. Americans will be living in fear as our children are indoctrinated to the liberal New World order.

We can either live n fear and go quietly into the night or we can stand and fight for our free Republic.

I choose not to be intimidated and live in fear. I choose to support Our common history, our Constitution, Bill of Rights, and our traditional form of government as envisioned by the Founders. We are not perfect, but we support the rights of the individual. All individuals. It is up to you to take advantage of it and be accountable for your own education and future. 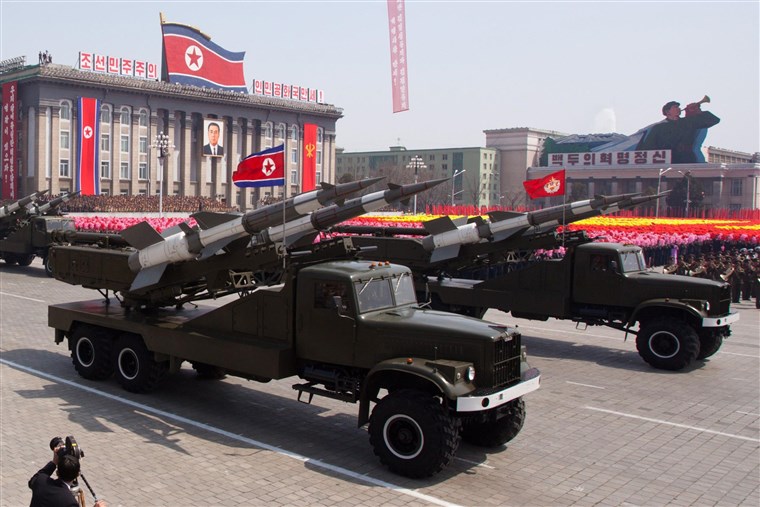