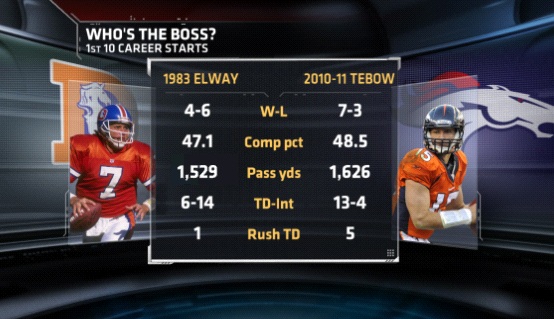 Everyone forgets how John Elway was an interception machine.  The Broncos kept him around because he learned how to win. He threw interceptions but he learned from his mistakes and then exploited the knowledge. Elwood gave Paxton Lynch copious time to get his shit together. He then only gives Drew lock a year or so to get it on. If one looks at Drew Locks numbers, they look alot like Elwoods 1984 season.

With Bridgewater you get a short throw game manager that cant throw the big bombs. In fact, it looks as though Bridgewater can only throw the ball about 75%  of what Drew Lock throws.

With Lock, if you give him time, the Broncos get a highly mobile bomb thrower.

The bet is that Mike Kliss will talk Wood into keeping Bridgewater and dooming Broncos fans to Mr. Shitty tiny arm.