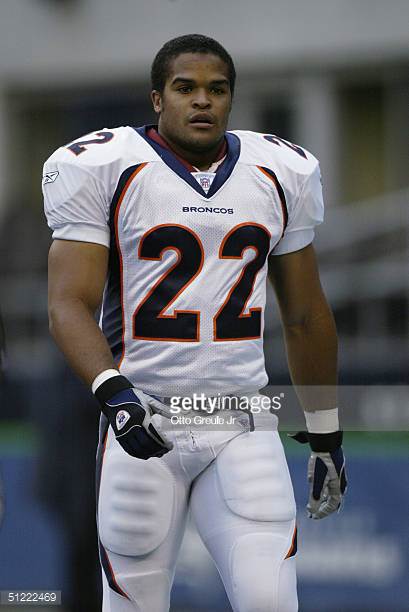 The Broncos have not had that good of luck with tiny little backs like Quentin Griffin or Ronnie Hillman. In fact, the history of the tiny little  Bronco running back is not really that good in Denver. As we recall,  the folks in the “Legion of Boom” descended on Ronnie Hillman and basically took the ball away from him like he was a little bitch. Hillman could also be arm tackled by a drunk old meth whore on Colfax. Over the past three years, CJ Anderson rose to the surface as the best RB option in Denver. Alas, he was let go at his apex just as Knowshon Moreno was allowed to walk. I guess “Greek” knew something was up.

Now that Saquon Barkley is headed to New York, the stable of remaining 2018 NFL draft running backs is reduced to a homogenized hoard of average dudes.  Many are basically a reboot of your basic 5’10″200-pound 4.50 40 dudes that are really nothing special. Of course, there is Nick Chubb and Royce Freeman, and a few others, however, does one waste a draft pick on a running back in the second round? Ther has to be a 6 foot 225 running back in the mix that did not make the combine but has all the fundamentals. The Shanahan RB rule is once again in play.

The Broncos did not do well when they picked up Isaiah McKenzie. The dude turned out to be a shitty punt returner that engages in theatrics and then fumbles the ball. In reality, he is too small to play in the NFL and is weaker than Ronnie Hillman. At this juncture, he is taking up space. The Broncos need to look at a 6-5 wide receiver in the mold of Odell Beckham junior or Julio Jones. But then again, that might not be a good fit for Case Keenum, given that he does not have a Cutler arm. hence, the Broncos might focus on a possession receiving WR and TE.

The Broncos are in a draft predicament. They could take really bad ass D-line folks and some really fast conerbackage or they could take average offensive guys that may not make any improvement to the running game.

The Broncos have engaged in a TE marry go round as well. They gave away Virgil Green, and now have a corps of average TEs with few receptions. Then again, the TE position is really hard to fill.  Where the hell is Jake Butt?

Nick Chubb can haul ass but he already has knee issues.