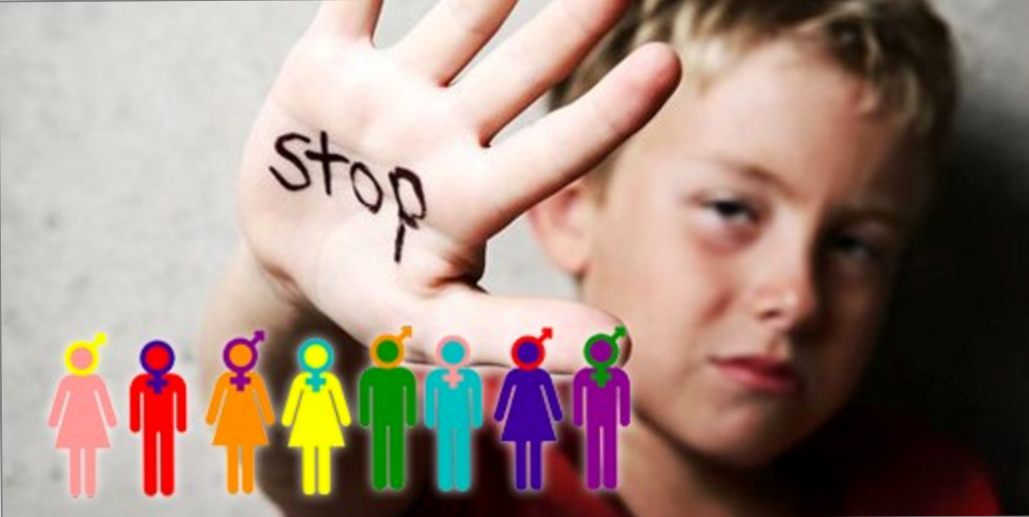 The sanctity of natural child development is being offered up to the LGBT movement. Same sex marriage was not enough for the LGBT agenda. Now they want to recruit children for LGBT indoctrination as early as 5 years old.

The California educations system wants to teach kindergartners that there are 15 different genders. Instead of teaching the alphabet, they feel that a 5 year old that still shits his or her pants should be chained to an immoral and decadent LGBT indoctrination process.

The LGBT movement in our school system is no different than teaching Nazism via “Hitler Youth!” We can simply call it the “LGBT youth movement!” In Hitler’s Germany, families were required to send their children off to Hitler Youth programs for political indoctrination. If one did not take the oath to Hitler early in 1933, they were sent to Dachau. If the local Nazi party found out that you would not let your children attend Hitler Youth indoctrination, the family farm could be nationalized. In California, the education system forces parents into allowing their children to be conditioned and indoctrinated as it relates to gender dysphoria and it’s corresponding life long mental health issues.

In New York, liberals passed a law that allows for an abortion through the 9th month. In fact the crown of the baby’s head could be emerging from the vagina, and it legal to murder the human being. In California, if the beating heart of the innocent unborn makes it to the light of day, Liberals then want to teach every manner of gender dysphoria to the child. The California education system wants to teach children that the idea of boys and girls is obsolete. In California, they think that a Kindergartner must adhere to one of 15 genders. In addition, the parents cannot opt their children out of this decadent and immoral conditioning.

Same sex marriage was not good enough for the LGBT movement and they are now coming after your children. In essence, the California education system wants to totally disturb and affect your child’s mental health. Many Pediatricians call this gender condition basic training as child abuse.

The liberals in America want to expand their voter base. They are now seeking to pollute the minds of children with their immoral dogma.

All religious symbols have been removed from schools and are now being replaced with an LGBT movement spreadsheet of immoral idiocy.. However, if one thinks that this indoctrination of kindergartners is immoral, one is labeled as a bigot. They call you a bigot as they abscond natural child development and turn kindergarten into basic training for gender dysphoria and LGBT recruitment centers.

They are taking your children and attacking your families. It wont be long before Jay Inslee does the same thing in Washington state.

Conservatives must make a stand otherwise, our young and innocent children will become cattle for the LGBT movement. This has gone far enough. Keep your damn hands off my children!!!!