My wife and I first purchased 780 sw Brookwood in 2003.  I was activated for Iraq and my wife was offered a job at NIKE. When we first purchased the house, it was in rough shape. The lot was also littered with dozens of dead trees and over grown foliage. We updated the house and then cleaned up the lot.

We made several trips to the city of Hillsboro  planning in order to understand all the ramifications of  lot development. I am certain if I showed my face at the planning department, the people there would recognize me and then recall our meetings. This will aid us during deposition phase when we seek to sue for finacial damages under a false and collusive smoke and mirrors campaign.

When the City of Hillsboro annexed several feet of our property to widen Brookwood, we asked the field engineer to make certain that our lot had two water and sewer hook ups. We also briefed the City gal that came by and told us about the land compensation. So, either they listened to us or the two water and sewer taps were already planned. Again, there are two water and sewer taps on our property in the City’s utility easement. This strongly suggests that the city planned for our ability to develop at least one 10,000 sqf lot while also providing additional means for us to hook our existing property up to water and sewer. Actually, there is not a strong suggestion, because it is fact. As part of developing our lots, the city told us that we had to hook our existing house up to water and sewer and abandon the septic system. We only have to reference the City planning documents as it realates to the sewer install for the Brookwood avenue road expansion. This would show the City’s intent just 2 years ago. This would also show that the current position to defacto imminent domain our property to benefit others is a recent construct. I am certain that previous planners did not plan for a road that dead ends into new construction.

My wife and I then moved assets around so we could  pay off the property and deed the additional lot separately.  Hence, we now own the property free and clear, and can sub divide without dealing with the bank or appraisals etc.

A few years ago, the fella in front of us towards Brookwood sold his land to a developer. The developer then built two houses while also developing an additional lot. The lot next to our 10,000 sqf lot has both an 8 foot road and water and sewer infrastructure at the property.  This lot is 70′ by 100′.  All three properties have access to Brookwood. This demostrates the City’s willingness to allow lot development in our corridor.

The current Brookwood landing developer is interested in both my property and the 70′ by 100′ lot next to ours.  This lot in conjunction  with ours would increase the build-able lot area to 270′ by 125′. The Brookwood landing folks could then buy both properties and create at least 4  large build able lots with full road infrastructure. This road would then service the Hubrich’s property. Currently, the Hubrichs were allowed to service their 804 property with an 8 foot road. Now they want to sub  divide an adjacent property for their son. However, in order to do this , they must widen their current 8 foot road to 16 feet and have additional easement for utilities. To do this, they either have to move their current lot lines very close to the house that currently sits on the lot they want to subdivide, or they have to move the house. I am not certain what the setbacks are for road access in relation to structures, but widening his road and providing utility easement would put his road about 3 feet from his rental house. This problem is compounded by the current existence of easement for his house at 804 as well as lack of drainage. In addition, if he widens his road, he must build a curb adjacent to our road because he cannot drain his road area onto our property. With a mandated road through our property, all these problems are eliminated if he buys my property. Moreover, he gains over 40 feet of build-able area or the road access to support lot development and easement.

The Hubrichs need our 25 foot road that services 780 SW Brookwood. This would allow them to increase their lot size and provide my current water and sewer taps for their use. If I then have to put a large road across my property, they then could basically turn my driveway and their current 8 foot driveway into 40′ by 225′ of  build-able  space.  This would expand their current lot to two  or three massive and deep lots that could be serviced by the road that I would be forced to build for a 4000 sqf lot. So, under the current Ruth Klein/Brookwood landing plan, our water and sewer taps would go to someone else, while several thousand  sqf of our property is defacto imminent domained?

The developer told me via email that he is communicating with the Hubrichs and the fella that owns the 70′ by 100′ lot. So, copious input has been made concerning the use of my lots. In addition, it sems that some are perpetrating a psychological campaign on us as well. Some have called about purchasing our property and then stated later that they could not afford to put a road in and side walks etc. Given that the final Brookwood Landing proposal has not been a approved, these folks are privy to special information on something that has not been approved by the Planning Commission. Moreover, others have jokingly offered us $70,000 below market value for our property and have used the City road issue as a dis-qualifier.  Meanwhile, the current developer and Ruth Klein have created a financial hardship for us as it relates to the selling of our property. With this reality establish in concert with Ruth Klein’s road fiasco, the Brookwood landing developer engages in the propensity to low ball us for our property. So, we own the property and pay the mortgage for 12 years. We watch as the housing market collapses. We invest an additional $50,000 in upgrades. We wait until the market returns. We pay off the mortgage in order to develop our lots or sell the property as a build-able lot, and the city colludes with others for their benefit?

In the scheme outlined above, all the other folks reap rewards at our behest.  The developer thinks he can get cheap land. The Hubrichs expand their current lot by 9000 sqf and gain road access in lieu of busy Brookwood. The developer gets 4 additional huge lots and preserves as much space as possible for their current Brookwood landing proposal. 004-15 .

The current City proposals seem to benefit specific individuals while sanctioning the property owners at 780 SW Brookwood. Given that the road proposal dead ends into back yards and the Hubrichs will never allow a road on their property, this seems to be a wealth redistribution effort and fascist style collusion between special interest parties and the city.

Summating, a judge will easily see through this collusion.  Armed with this current information, I will seek counsel with a a real estate attorney and look at avenues for damage compensation should the City seek to negate our 25 foot driveway and impose a City road through our property should we decided to develop our 10,000 sqf lot. Moreover, we will be disputing the Brookwood landing proposal to dead end a street onto our property.  Current property rights dictate that a culdesac be installed that provides access to my properties. Should this come to fruition, I will gladly buy three water and sewer taps to service my 3 lots. As far as my 25 foot driveway, it will always remain to service my house.

Our current 25 foot road is  over the 20 feet that is required for a fire lane. Because the Hubrichs never had to install a fire hydrant for their 804 property or a 20 foot fire lane access, any argument as it relates to fire department access is a lie. In fact, there is a fire hydrant located only a few yards from our 25 foot road.

Be advised that if I fail to sway you against the current collusive objectives, I will simply put this property in a trust, rent it for the next 20 years and leave it to the children who will inherit my estate. By then, all of you will be retired and living in a sate with no income tax….

The bottom line is that the Brookwood landing developers do not want to lose any land to a second culdesac. Because of their relationship with City planning and City planning’s hostility towards homeowners, they have influenced the decision making process beyond established policy. These actions, devalue our property and put us at a disadvantage. We cannot sell our property for what it was worth. We cannot develop. We cannot afford a full City road that is 125 feet long. We will not be exploited.. This is all hogwash and gibberish.

These days, it is hard for people to make ends meet or save for the future. The current tactics as proposed by City Planning and the Brookwood landing developers are basically wealth redistribution  and special consideration disguised as valid City planning. Common sense dictates that one does not plan a road across build-able lots with pre-planned road and utility access, and terminate said road at the back yard of new construction.

Lastly, should the City seek to retaliate against me for making a stand for my property rights, I will  retain and document all communication and then hire an attorney to sue for harassment.

Please reference  aerial view of 780 SW Brookwood      One will see that I have been elected pivot man for everybody else. In fact, it is clear to see that a culdesac on my property fixes everybody else’s access problems and lines their pockets.

For those that do not know what a cul-de- sac is, here is a reference  Cul-De-Sac Wiki 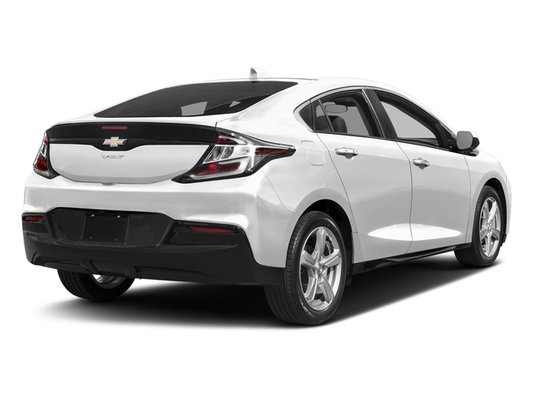