Throughout my life, my last name has been subject to ridicule. The harassment became quite acute in junior high, high school, and my entire service in the Air Force and Air Force Reserves (1978 to 2006). Some of my favorite names were: Butthead, shithead, Brodbutt, Brodtoe, Asshead, suckhead, and an immense catalog  of other bastardizations. It did not help that I had a big mouth and a Napoleonic complex. After a while, it simply became something to not react too. The real problem was the name prejudice as it related to job resume’s. This reality was completely validated when I ran for Congress and gained a consistent low percentage across every single precinct and county. This is not a poor me declaration. I found a way to win within the private sector and simply bypass the oppression of name prejudice.

In 2005, I flew one of the last C-141 aircraft to the bone yard. This was after serving 18 months doing medivacs out of Iraq. On January 1st 2006, I had enough of the military and retired. This transition was the hardest thing I ever had to face. I was both a military dependent and an Airman. My father had bombarded me with patriot conditioning since I was old enough to wipe my butt.  I never understood where his lust for military service and patriotism came from.  After retirement,  and for five years, I dealt with separation anxiety and loss of status as an Air Force aviator. It did not matter that I had made it in the private sector and was independently wealthy.Many times I would dream of the service. many times, my friends would have to talk me out of joining up again. Soon, I realized that I could not even go to the base, because it would ignite military separation anxiety all over again. I would have to stand on my own self concept and dignity. As a conservative in the fight, I ask nothing from government  except  limited government, a strong military, and the preservation of life, liberty, and the pursuit of happiness. I did my time in the military, but the fight continues.

In 2006,  I got a dog to ease the transition and also started to find out the real history of my family without the name calling and prejudice. My lack of deserved self esteem and the realization that  the Brodhead name is one of the most esteemed family names in the history of this great country became infectious. I had no idea. It is has become an opiate of day dreaming. Eventually this behavior must stop. Pride is one of the Cardinal sins. The internet has given rise to the gluttony of surfing the net.

The Brodhead Homestead deserves to be rehabilitated and then maintained as a historic symbol of the American dream.  The reasons are not from a single act of heroism or politics.  For over 350 years, Brodheads have been fighting for this country. It started in August of 1664 when our progenitor  Captain Daniel Brodhead  from Yorkshire, England ,disembarked Man-O-wars along with 400 British Dragoons. He would be second in command of the Nichols Expedition, and force the surrender of New Amsterdam. New Amsterdam would be renamed New York, and English speaking rule established.

Over 100 years later, Brodheads would turn against the tyranny of British rule. Daniel Brodhead from Pennsylvania would be one of the first delegates to the First Continental Congress (Provincial)  in 1775 and pledge his support of  New England against British acts of tyranny. This was the result of  Paul Revere’s ride to Pennsylvania.  When the American Revolution broke out, Luke Brodhead would be part of the 1st American rifle regiment and among the “Guns of Ticonderoga at Dorchester heights at the Siege Of Boston. At the Battle of Long island, Daniel Brodhead would defend Washington’s retreat across the East river. He and George Washington were on the last boats to leave Long Island. On the Manhattan side, Brodhead under the command of Thomas Miflin would tend the encampment fires as George Washington’s troops fled to Fort Washington. Daniel Brodhead would be among the 2500 rag tag soldiers that escaped across the Delaware  River into Pennsylvania. Thomas Paine coined this time as ” The Time that tried men’s souls!”

Daniel Brodhead would become the commander of the 8th Pennsylvania regiment. Brodheads would fight along side George Washington  at several battles such as:  Defense of Philadelphia. Princeton, Bound Brook,  Brandy wine, German Town, and the Paoli Massacre just to name a few. He would winter at Valley Forge and then become the commander of the Western Department headquartered at Fort Pitt. Eventually he would become one of Washington’s Generals and help found the Society of Cincinnati.

The Brodhead name is woven into the proud legacy of the Keystone state. We are inseparable.

After the American Revolution, Brodheads were not finished notching out their place in Pennsylvania history.  Brodheads  would team up with Augustus Wolle , buy property, and create the Saucona iron works. This property would become Bethlehem steel.

Then there is the efforts of Congressman  Richard H. Brodhead of the Pennsylvania 10th district. He would go on to hold a Senate Seat as well. During his service a Congressman and Senator, he would support legislation that funded the troops during the Mexican American war. The list of his achievements and bills in the House and Senate is staggering compared to the politicians of today. Everything he did was for Pennsylvania. His efforts helped secure our manifest destiny and then create avenues for the rise of Pennsylvania steel. His name is on the Oregon territory, the Washington territory, the Utah territory, The Gadsden purchase, and Iowa statehood. Just to name a few. He debated the Kansas Nebraska act,slavery in the territories,  and the Wilmot proviso.  In addition, to territories, his name is on bills that funded the John C. Fremont expeditions,  created countless military roads, postal infrastructure and government buildings across the country. His name is on the bills that created the West Wing, The East Wing, The Capitol building Dome and the Congressional Library. His biggest achievement, however , was, a bill that funded the topography surveys for the first Transcontinental railroad. This achievement would put Pennsylvania steel production in overdrive and allow Bethlehem to support the growth of America. These acts would enable the massive economic success of Pennsylvania steel for close to 120 years.

.  The Brodhead Homstead is a part of Pennsylvania history that must be preserved. Allowing it to go to ruin is  shameful and basically craps on Pennsylvania history. It insults the Founding Fathers. I mean, Brodheads rose up against tyranny before George Washington and the rest of the slave owning Virginians even got out of bed. We were the first of the Fighting Founders and put our lives on the line for liberty.  The Brodhead Homestead should be maintained like Mount Vernon or Montecello. After all, it was a Brodhead that defended Washington and secured the Jefferson manuscripts for the ages.

All one has to do to see the efforts of the Brodhead family is to go to the Congressional Globe website and search the Brodhead name. You will find litteraly thousands of bills that were voted on by Richard H. Brodhead. I believe he lived in this house and was one of Pennsylvania’s greatest  statesmen.

In summation: During the American Revolution, Brodheads dealt with oppression and British bureaucracy  with the thrust of Pennsylvania steel through the torso or a musket ball to the forehead.We were among the 2500 Patriots that marched  barefoot and left a blood trail in the defense of Pennsylvania, liberty and independence. I find it quit a catch 22 to have to fight for the right to maintain a property of such great historic significance. A property that was  taken by imminent domain and then abandoned by a  federal Bureaucracy. Today, however, we can work together and restore this wonderful home. This symbol of Pennsylvania’s heritage and the American dream.

So, in closing, let us all work together and put a damn paint job on the house. For the love of Pete!!! Oh my word…..I will donate $1000 and commit to April. Anyone else that wants to contribute can do so. I believe, however, any donations should go to buying paint directly.

Another scenario is asking the NPS to lease the property back to us for a term of 5 years while we work on it. We would provide assurances that we would adhere to all environmental rules and regulations and work on it ourselves. The lease would be a $1 a year. Let us come up with a proposal after we have put a very nice white paint job on this historic srtucture. . 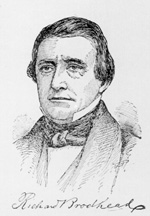 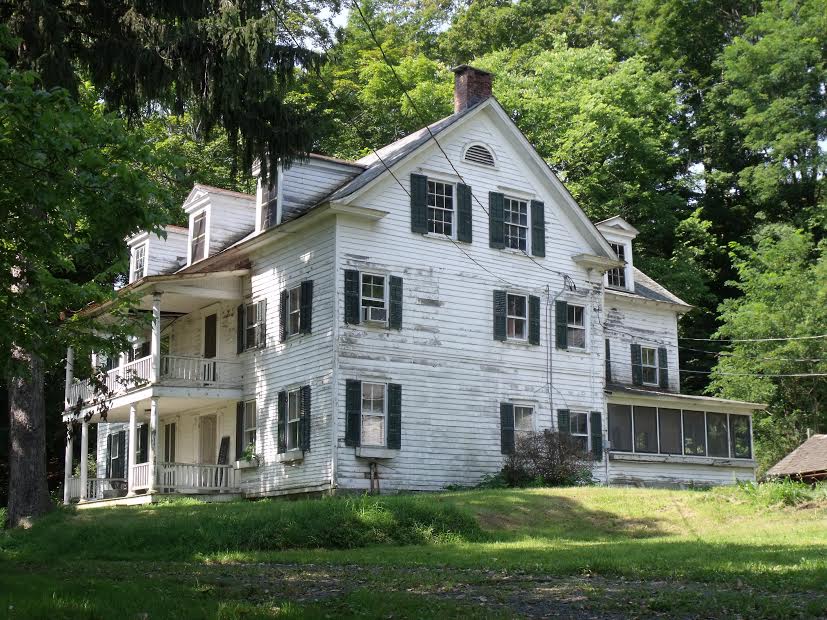 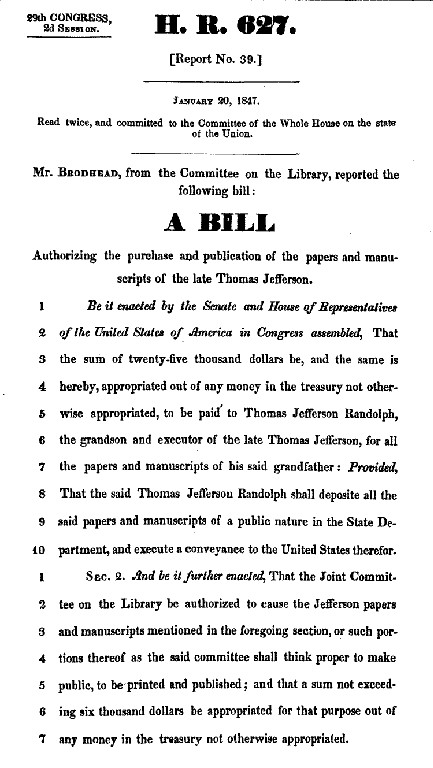 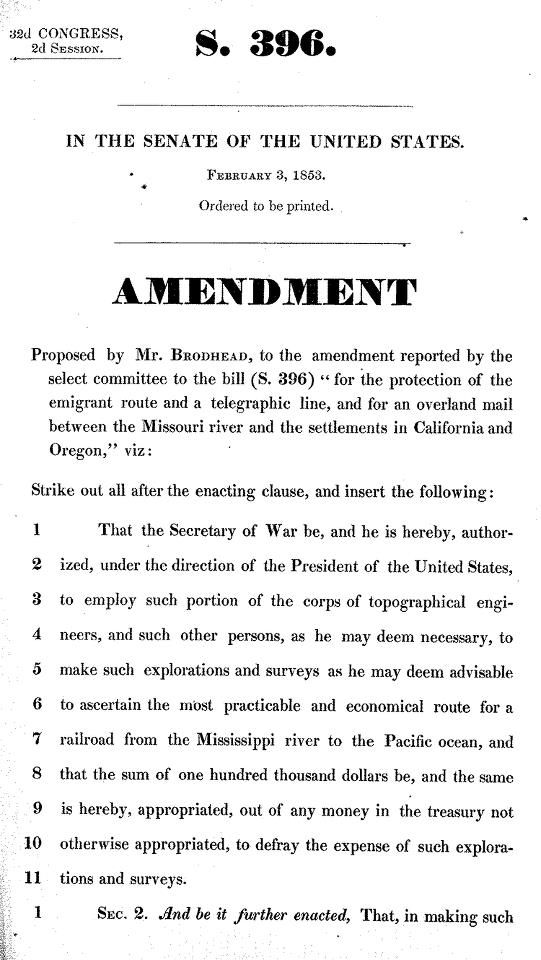